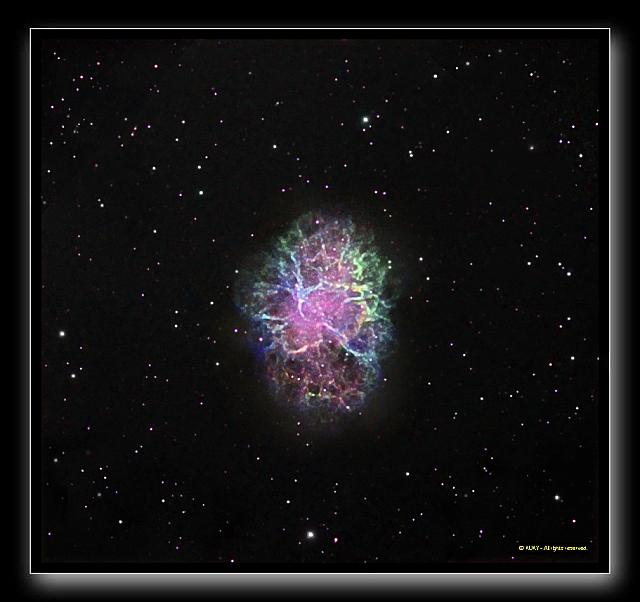 M1 in SII Ha OIII The supernova was noted on July 4, 1054 A.D. by Chinese astronomers as a new or "guest star," and was about four times brighter than Venus, or about mag -6. According to the records, it was visible in daylight for 23 days, and 653 days to the naked eye in the night sky. It was probably also recorded by Anasazi Indian artists (in present-day Arizona and New Mexico), as findings in Navaho Canyon and White Mesa (both Arizona) as well as in the Chaco Canyon National Park (New Mexico) indicate; there's a review of the research on the Chaco Canyon Anasazi art online. In addition, Ralph R. Robbins of the University of Texas has found Mimbres Indian art from New Mexico, possibly depicting the supernova.
From www.seds.org/messier/m/m001.html