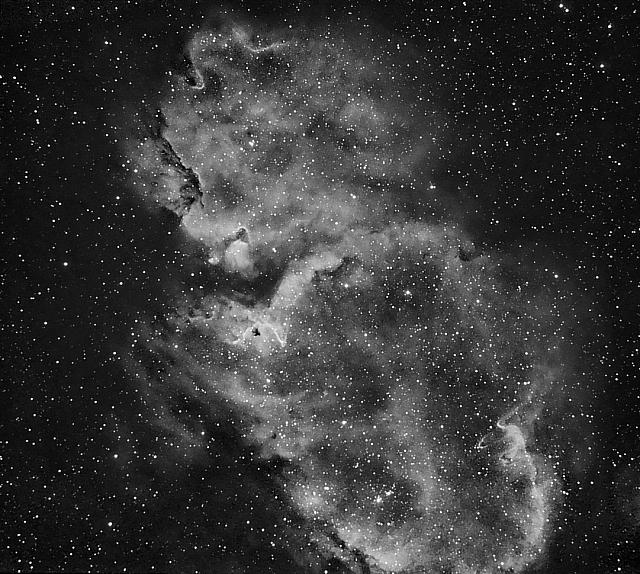 Ha FS60C IC 1848 - Emission Diffuse Nebula in Cassiopeia near The Heart
Four pails of water and a bagfull of salts.
That is all we are, that is all a man comprises,
chemicals alone, with no spirit, soul or ghost -
nothing so bizarre.
No amount of faith disguises
what is true is what we fear the most
Nothing can survive
save the things men leave behind them.
Any other case would be really too absurd -
if thoughts remained alive surely
modern science would find them?
No, the soul is nothing but a word.
All the wonders Man achieves
emerge from cerebral tissue.
Chemical reactions' ebb and surge
form that Thing that is you....
It's a sad philosophy,
but better sad than wrong.
Face the truth instead:
when you're dead you're dead,
when you're gone you're gone...
now she's gone.
Four pails of water and a bagfull of salts.
That is all she was, all my lover represented -
that sounds just as mad as saying she will never die.
Fools may clutch at straws
but truth must not be circumvented:
as the tree falls, so must that tree lie!
Now that sounds so odd...
once I would have preached it brightly.
Now questions appear I rationally can't ignore...
Nothingness or God,
Which of them seems more unlikely?
Once I would have answered clearly,
now I only think I'm nearly sure.