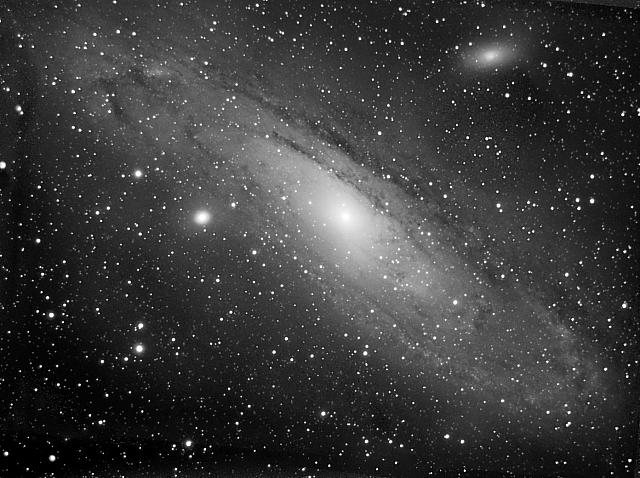 L and Ha FS60C
"M31 is the famous Andromeda galaxy, our nearest large neighbor galaxy, forming the Local Group of galaxies together with its companions (including M32 and M110, two bright dwarf elliptical galaxies), our Milky Way and its companions, M33, and others.
The modern values for Galactic rotation and heliocentric radial velocity yield that The Andromeda Galaxy is approaching the Milky Way at about 100 to 140 kilometres per second (62 to 87 mi/s), so it is one of the few blue shifted galaxies. The Andromeda Galaxy and the Milky Way are thus expected to collide in perhaps 4.5 billion years, although the details are uncertain since Andromeda's tangential velocity with respect to the Milky Way is only known to within about a factor of two. A likely outcome of the collision is that the galaxies will merge to form a giant elliptical galaxy."