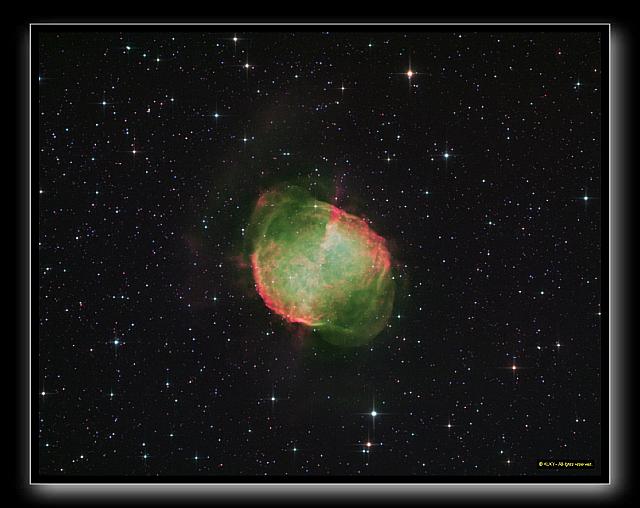 Ha OIII B FCT150
A gaseous emission nebula created as a sun-like star runs out of nuclear fuel in its core. The nebula forms as the star's outer layers are expelled into space, with a visible glow generated by atoms excited by the dying star's intense but invisible ultraviolet light. Known by the popular name of the "Dumbbell Nebula", the beautifully symmetric interstellar gas cloud is about 1,200 light-years away in the constellation Vulpecula.
Source: http://antwrp.gsfc.nasa.gov/apod/ap981009.html
Ha - 12hr
OIII - 6hr
B - 4hr
Adding the B to Ha and OIII was just an experiment but as Richard Crisp pointed out the result is similar to ESO The Dumbbell Nebula