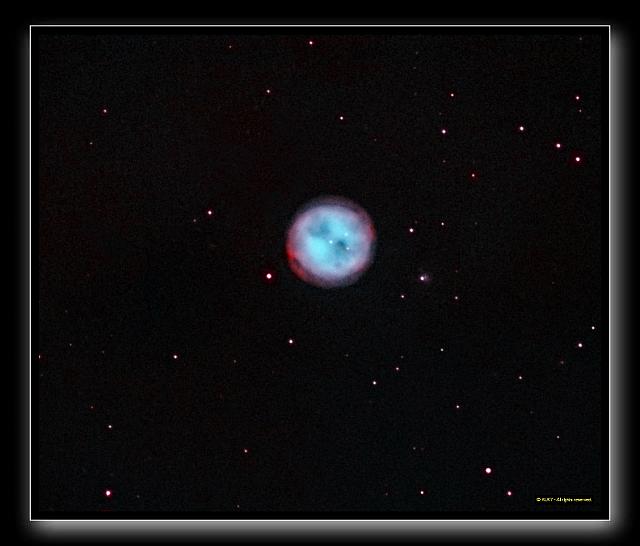 Ha OIII OIII FCT150 M97 is one of the fainter objects in Messier's catalog, discovered by Pierre Méchain on February 16, 1781. M97 is one of the more complex planetary nebulae. Its appearance has been interpreted as that of a cylindrical torus shell (or globe without poles), viewed oblique, so that the projected matter-poor ends of the cylinder correspond to the owl's eyes. This shell is enveloped by a fainter nebula of lower ionization. The mass of the nebula has been estimated to amount 0.15 solar masses, while the 16 mag central star is believed to be of about 0.7 solar masses. Its dynamical age is about 6,000 years. (from Stephen J. Hynes, Planetary Nebulae).
Source: www.seds.org/messier/m/m097.html