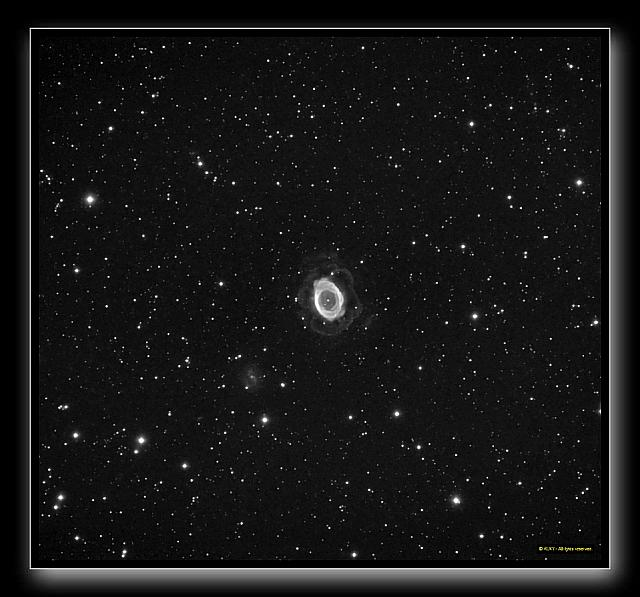 Ha FCT150 The famous ring nebula M57 is often regarded as the prototype of a planetary nebula, and a showpiece in the northern hemisphere summer sky. Recent research has confirmed that it is, most probably, actually a ring (torus) of bright light-emitting material surrounding its central star, and not a spherical (or ellipsoidal) shell, thus coinciding with an early assumption by John Herschel.
Source: www.seds.org/messier/m/m057.html
18h exposure