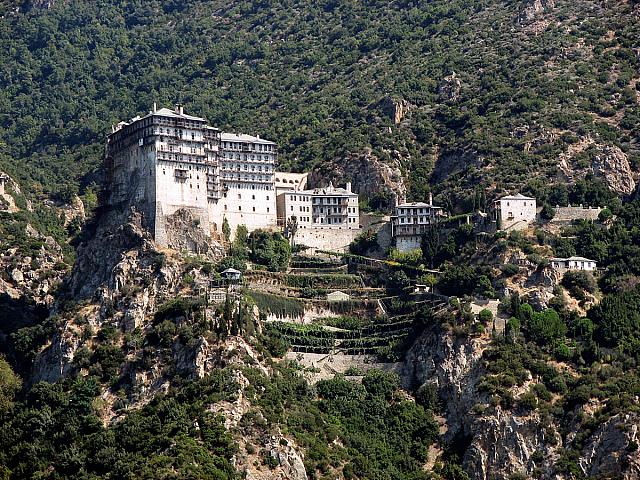 Mount Athos The monastery was founded during the 13th century by Simon the Athonite, who was later sanctified by the Eastern Orthodox Church as Osios Simon the Myrrohovletes. Tradition holds that Simon, while dwelling in a nearby cave saw a dream in which the Theotokos instructed him to build a monastery on top of the rock, promising him that she would protect and provide for him and the monastery. The original monastery was called by Simon "New Bethlehem" (Greek: Νέα Βηθλεέμ) and is to this day dedicated to the Nativity of Jesus.